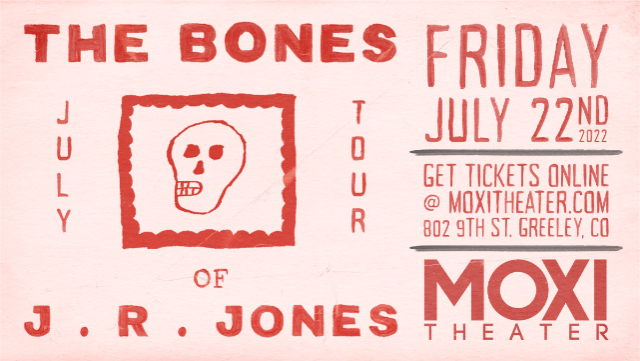 The Bones of J.R. Jones

Over the course of three full-length albums and two EPs, Jonathon Robert Linaberry has woven his own tapestry of American roots music. It's a classic sound for the modern world, influenced not only by blues, soul, and forward-thinking folk, but also by J.R.'s environment. From the bustle of New York City, where he launched The Bones of J.R. Jones with 2012's The Wildness, to the rustic solitude of his current home in the Catskills, J.R. has always looked to the world around him for inspiration. Few places have left him feeling as inspired as the American Southwest, an area whose desert panoramas and infinite horizons inspired the songs on his newest release, A Celebration. Written during trips to Tucson, Bisbee, Joshua Tree, and other desert destinations, the six-song EP is everything its title promises: a celebration of the thrill of getting lost in something new, whether it's a landscape, a sound, a perspective, or all of the above. "The record's essence was shaped by those beautiful desert nights and the roads that go on endlessly," says J.R. A Celebration's cover art — with its western color palette, desert iconography, and black-and-white photograph of wild animals — was handmade by J.R., who also created a series of accompanying prints. A Celebration does more than shine a light on the American southwest — it highlights J.R.'s ability to the bridge the gap between artistic disciplines.
Moxi Theater is operating at Full Capacity
Reserve a Table in Advance Online.
All Responsible Ages Permitted
*PHOTO ID REQUIRED FOR ENTRY

with The Bones of J.R. Jones

The Bones of J.R. Jones